Loggerhead turtles love coastal habitats and Tybee Island has become a favorite nesting spot for some of these incredible creatures.  Even though they are the most abundant of all the marine turtle species in U.S. waters their population continues to decline.  We have made it our mission on Tybee Island, Georgia to do our part in protecting these animals and provide a safe environment for their nesting grounds.

The Tybee Sea Turtle Project (a conservation program of the Tybee Marine Science Center) has made great strides in ensuring hatchlings on Tybee have the best chances for survival.  During the nesting season, May 1 to October 31, volunteer cooperators conduct daily Dawn Patrols (6 a.m.) along the beach. The patrol consists of walking the entire three miles of Tybee’s beaches and looking for evidence of sea turtle activity.  Early in the season these volunteers are especially looking for “sea turtle crawls.”   When a sea turtle nests, they leave tracks on the beach as they search for a good spot.

When a crawl is located the Sea Turtle Project Coordinator verifies the presence of a nest by locating the eggs in the nest cavity. When a viable nest is confirmed, it is roped off and posted. The average length of incubation is 60 days and so observation of the nests becomes a part of the daily dawn patrol. As a nest’s hatching time approaches, cooperators are assigned to “nest sit” during the night until that nest has hatched.

When a nest hatches, the hatchling number is estimated by the number of tracks from the nest to the ocean. Five days after the hatch, the nests are excavated and egg shells are counted to determine the number of eggs laid, and of those lain, how many actually hatched. Nesting data is reported to the Georgia Department of Natural Resources (Georgia DNR).

If you are staying on Tybee during the nesting season, please do your part in keeping these turtles safe.  “Lights Out on Tybee” is a program that has been put into effect to protect nesting Loggerhead Sea Turtles.  Tybee Island urges people to turn off or shield light coming from structures visible from the beach after 10pm from May1st to October 31st.  Artificial lights can discourage females from nesting and they can mean death for baby sea turtles. By instinct, hatchlings head toward the brightest horizon, which is normally the horizon over the sea. Unfortunately, bright lights coming from Tybee can confuse them causing them to become disoriented and head the wrong way.  If they don’t make it to the ocean quickly, many hatchlings will die of dehydration in the sun or be caught by predators like birds or crabs. 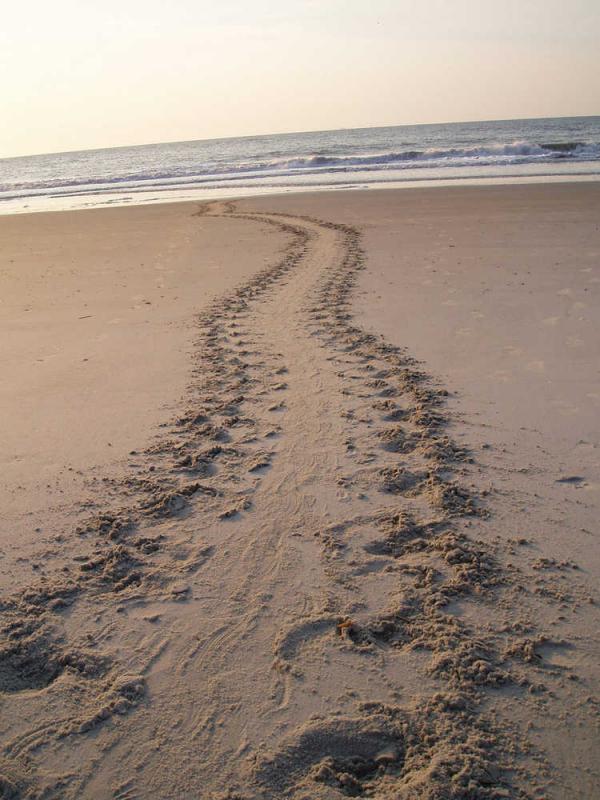 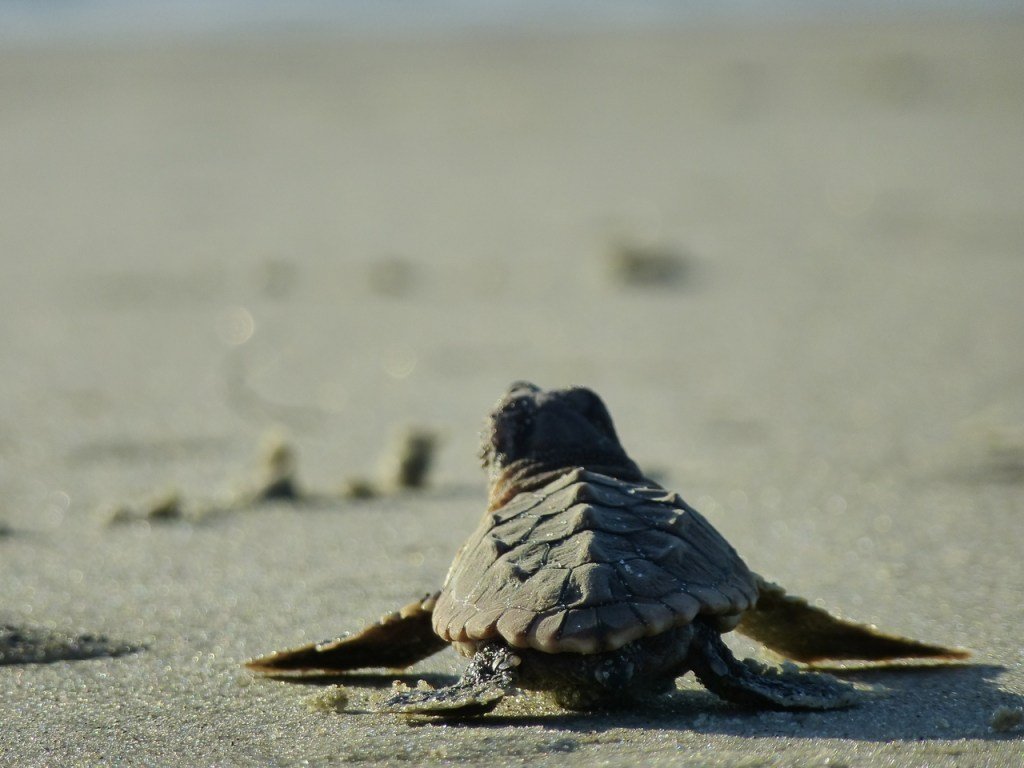 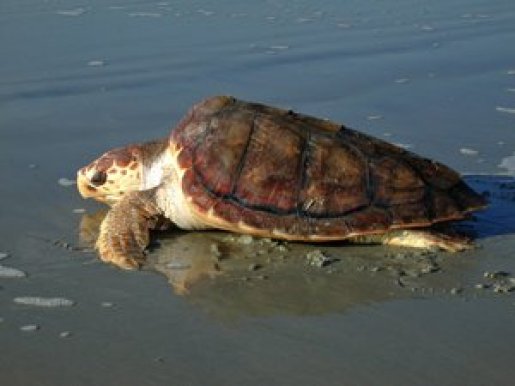 What You Can Do to Protect Loggerhead Sea Turtles:

If you see a dead or injured turtle or anyone harassing a sea turtle, call the Georgia Department of Natural Resources at 1-800-2-SAVE-ME. (If the sea turtle is tagged, include the tag color and number in the report if possible.)TI Marine Science Center – 912.786.5917