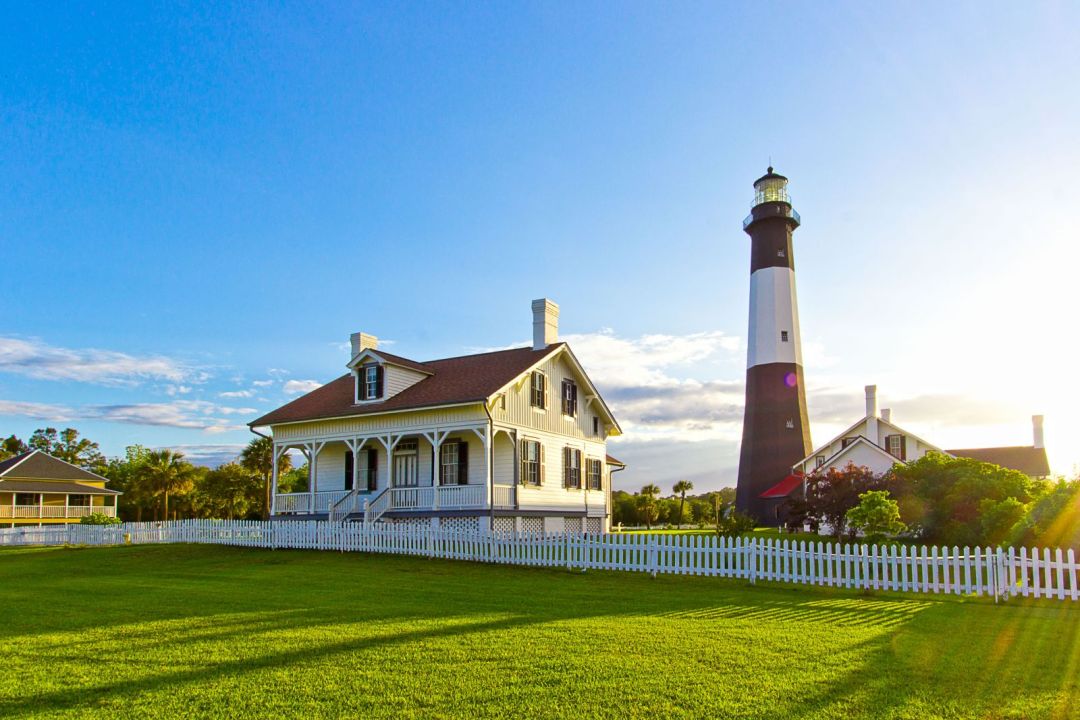 Tybee Island is just miles away from one of the nation’s most celebrated historic districts. And while Savannah is brimming with history dating as far back as birth of the nation, Tybee boasts a rich historic prominence of its own. There are a number of important landmarks on the island, each a vital thread in the fabric of Tybee’s legacy. Lore from Native American inhabitation, colonization, the Revolutionary and Civil Wars, the Industrial Revolution and several other notable historic periods are retold through the island’s most revered vestiges. To history lovers and inquisitive minds alike: put these significant sites on the must-stop list during your visit to Tybee.

The Tybee Island Lighthouse is probably the isle’s most immediate icon. Standing today as a beacon of guiding light to mariners – and a prime pinnacle for stunning ocean views to everyone else – the prized artifact is one of the island’s best sites for the wayfaring history buff. The light station was commissioned more than 280 years ago by General James Oglethorpe, Savannah’s founding father. Built in 1736, the original structure stood at ninety feet, making it the tallest lighthouse in America at the time. Since then, the lighthouse has undergone several rebuilds, the last of which took place shortly after the Civil War. Having stood throughout the centuries, the Tybee Light Station is a great destination for history tourists. The onsite museum, which was converted from a battery of Fort Screven, features artifacts from the Confederate army, sailors and Tybee society, providing a rich interpretation of the island’s layered history.

Erected in the 1850s on an islet of oyster shells and marsh grass, Cockspur Lighthouse is another guiding light of historic significance in the area. The lighthouse guided vessels and freighters through the thin regions of the Savannah River. The humble light shone amid hurricanes and harm’s way during the Civil War. Continued sieges and alterations weakened the structure, and after the surrender of Fort Pulaski, the Coast Guard took up the job of protecting the Cockspur Lighthouse. But human occupation continued to threaten the endurance of the edifice and islet upon which it stood, and so the National Park Service acquired the light in 1958. In an effort to promote ecological restoration, the lighthouse is no longer accessible to the public; however, the endpoint of Lighthouse Trail provides an appealing view from land. And, you can kayak within a safe distance of the landmark for a close-up.

Another National Park Service landmark, Fort Pulaski is an absolute imperative on any history enthusiast’s tour of Tybee. The fort is situated on Cockspur Island and was named for Casimir Pulaski, a Polish hero who volunteered to serve during the American Revolutionary War. The fort’s construction started in 1829 and was overseen by Robert E. Lee for a period of time before its completion in 1845. Once the Civil War began, the Union siege of Savannah in April 1862 overwhelmed the fort. New gains in weaponry proved too much for the Confederate fort’s walls, and the Union took occupancy of the fallen edifice. Runaway slaves from nearby plantations joined the Union troops at the fort for some time after. They fortified the walls and helped Union captains navigate Savannah’s meandering waterways. Fort Pulaski remains an important historic site in the region and provides valuable insight into Confederate life and an untold slave narrative. Knowledgeable park rangers provide guided tours daily, and the onsite gift shop is filled with interesting, factual books about the fort and its occupants.

If you prefer a healthy dose of natural beauty along with your history, then McQueen’s Island Trail is the best island attraction for you. The breathtaking salt marshes, sandy beaches and diverting waterways seen along this trail were once inhabited by the Gaulle kingdom of Native Americans. Scholars speculate that the name Tybee was derived from a Gaulle word meaning salt meadow. Colonists settled in the 1700s, overtaking the land from the Natives, and by the late 1800s, Tybee had become a popular resort community for vacationers in the region. The isle was only accessible by steamboat prior to the construction of the Savannah and Tybee Railroad, a joint venture by Captain Daniel G. Purse and Captain John Postell. Completed in 1887, the railroad ran nearly 18 miles along a scenic path of marshland, white sand, palms and coastline. Tourists and travelers from surrounding cities in Georgia kept the railroad, which eventually became the Central of Georgia Railway, busy until 1923. That year, the beach town built the Tybee Road, which allowed visitors to access the community by automobile. This development along with the onset of the Great Depression forced the railroad to quit. Today, the McQueen’s Island Trail follows a six-mile stretch of the old line parallel to the south channel of the Savannah River. Inhabited by a diverse collection of flora and fauna, the trail is the perfect site for nature lovers who appreciate an exciting learning opportunity.

Vintage shops aren’t just for hipsters. They’re great places to find interesting artifacts from the past, items that provide insight into what life was like during a certain point in history. There are three must-see shops on the island for history hunters. Seaside Sisters has a little bit of everything, and a portion of the shop is dedicated to antiquities where the keen eye can spot quirky remnants from earlier times. Fish Art Gallerie is another fun, funky shop to find artisan goods and vintage items. Vending vintage barware and fine serving accessories, Swizzle and Shake is also a good place for the history connoisseur in search of antique and vintage items. If a picture is worth a thousand words, an antique is certainly worth much more. 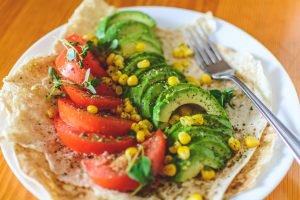 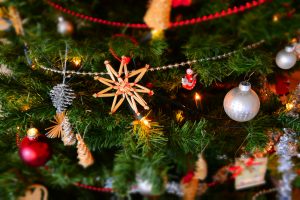 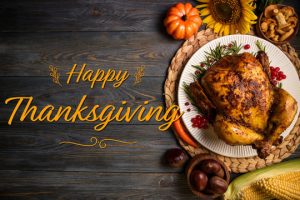