Visitors are asked to view the Cockspur Island from a distance. One of the best land based viewpoints is located at the end of the 1.5 mile out-and-back Lighthouse Trail accessible from the park. If you plan to explore the area by boat, please adhere to the closure and view the lighthouse from the water. Landing on Lighthouse Island will interfere with the ecological restoration efforts currently taking place.

For the latest closures and restrictions, please refer to the Fort Pulaski Compendium at:http://go.nps.gov/comp16 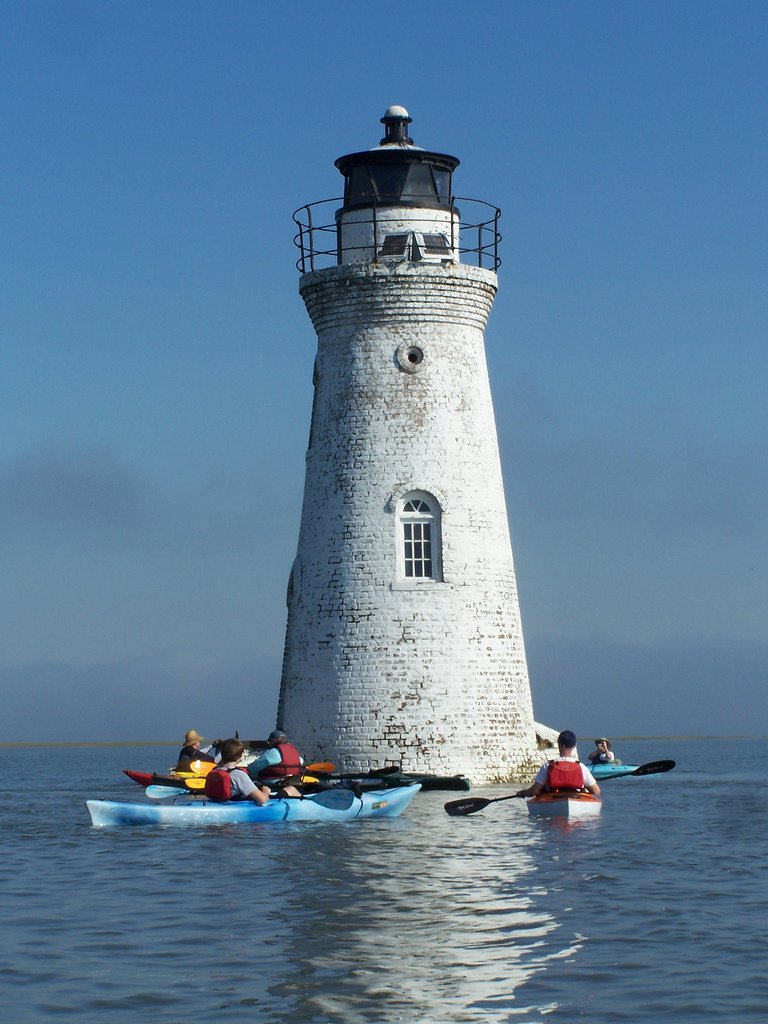 The lighthouse that stands on Cockspur Island was built in 1855 on an oyster bed foundation. This 46 foot tower has an eastern side that is shaped like the prow of a ship to help it withstand the battering it takes from the waters that surround it. During the Civil War when the Confederate forces fell to the Union the Cockspur Lighthouse stood directly in the line of fire in the 30 hours of battle. Amazingly, the lighthouse suffered no damage.

The lighthouse resumed operating in 1866 until 1949 when the Coast Guard abandoned it. The Park Service assumed control of the lighthouse in 1958 by Presidential Proclamation. The tower was repaired in a two-stage restoration effort that lasted from 1995-2000. The Cockspur Lighthouse was relit in 2007 using a solar powered beacon.

The National Park Service is dedicated to the preservation of this historic marker.